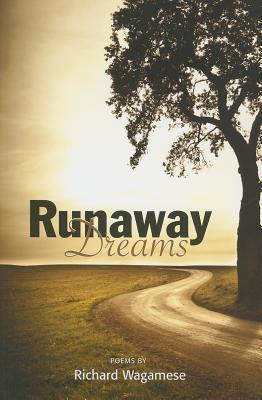 I’m not a reader of poetry. I never really have been once I left school and the enforced poetry classes were done. I didn’t hate it, I just didn’t relate to it though I could appreciate it some of the time. I tried to read a collection by Margaret Atwood in conjunction with one of the Bingo challenge squares and didn’t get on with it at all. I thought I’d try one more, by another author I admire. This one went a bit better.

Richard Wagamese is an Ojibway, one of the First Nations in Canada. The two books of his that I’ve read so far were beautifully written and the stories absorbing. I thought I might have a good chance of liking his poetry because he has a beautiful way with words.

For me, I was brought up (in school) with poetry that rhymed, that had a rhythm. I find it difficult to think of the type of modern writing as “poetry”. I think I’d rather read it in normal paragraphs, like a journal entry or a letter or something. For me, this style is a stream of consciousness chopped up into separate lines of varying length. There may or may not be a rhythm. The language may flow or it may be choppy and spare. It might be obscure or it might be easy to figure out what’s being said. But I can’t think of it as poetry. Not in the traditional sense.

But the language is flowing and lovely, the images stark, quiet, and evoking of a spirit or state of mind that you get when you have a few decades of experience under your belt and have arrived at a good place, emotionally after turbulence in your life. He speaks of his own past, of the older generation’s wisdom, of the spirits he feels in the world around him. His turn of phrase is skilled. I can, at least, make sense of what he talks about. It’s not vague, or metaphorical (or if it is, I’m not catching it) or obscure. I feel bad that I can’t really appreciate it as much as I know it should be.

The fault is mine. I don’t really have the inclination for modern poetry. If you do, I think you would really like Wagamese’s work and rate it highly. I plan to read more of his novels and I know I will enjoy them.

Most people have had exposure to poetry though you may not realize it. Children are exposed to it very early. Have you read children’s books? Nursery Rhymes are poems even if you don’t really think of them as such. Little rhyming verses. Of course, it’s a poem! Poems that have words that ricochet off each other and flow like water, rhymes and lines skipping across the page, intent on making a child smile. Oh, come on, who doesn’t chuckle reading anything by Dr. Seuss! He’s awesome!

The next exposure you probably remember is in school, junior or high school. When I was in school, it was all classic poetry, nothing from the 20th century. 18th and 19th century, mainly. We spend weeks on the Rime of the Ancient Mariner by Samuel Taylor Coleridge  and at the time,  I wouldn’t have wished that on my worst enemy! But it’s got to be one of the best poems for vivid imagery, too.  Glittering eyes, grey-beard loons, emerald green icebergs, growling ice, and, look, read this out loud and tell me how exquisite it is:

The fair breeze blew, the white foam flew,
The furrow followed free;
We were the first that ever burst
Into that silent sea.
If you want to read the whole, epic missive, it’s here. You’ll feel like you’re reading the plot to a horror movie. It’s long and epic in nature and in spite of me not being a poetry fan in general, this one has stayed with me. Or, parts of it have.
Back on track. Even though I can appreciate that for what it is, and others, I still don’t really read poetry nor often can I get my head around it. I think it’s more to do with the modern style of poetry.  From verses and rhyming, it’s turned into a stream of prose, separated up into lines of varying lengths, or even, in the style of e.e. cummings, breaking up words across different lines,  so we’re fooled into thinking it’s poetry. It sounds pretty. It might have lovely images. But it is often vague and metaphoric which leaves me cold. 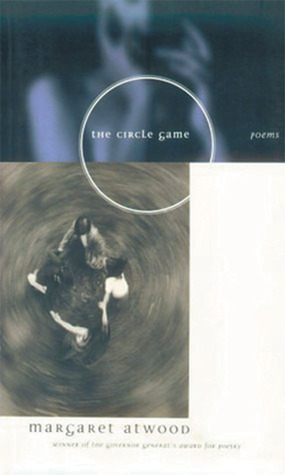 Review: The Circle Game – Margaret Atwood
2017: 25
2 of 5 stars
Published 1964
I recently struggled through a short volume of poems by the awesome Margaret Atwood called Circle Game. There’s a lengthy foreword that explains how the theme is in all these poems and how many of them express it. I feel that if someone has to explain the poem, it’s very likely I wouldn’t understand it if I read it on my own. Sure enough, the pretty words haven’t made a lot of sense.
I would read a poem, sort of understand where it was going and then, wait, what? The next line would be completely off the wall and make no sense and it ruined the rest of it. I don’t get that you can write a pretty sentence, put the words on different lines and it’s now a poem. Apparently, how it’s broken up into lines says something. *shrugs* It’s kind of like modern art. The artist might say it means this but you really can make it mean anything you want.
Vague and esoteric, symbolism and metaphor, it doesn’t mix with the way my brain works. I don’t insist that a poem rhyme, but I really prefer it to make sense without someone having to explain it to me. These just confused me for the most part. Why did I read it? Mainly for a Bingo challenge square. I’ve had a couple of other collections recommended to me which I may like better including one by Richard Wagamese. I have really enjoyed his books and writing style so perhaps I’ll give it a go.
Back to the topic at hand…
Lyrics in songs are also poetry conveying images and emotion. Some do it better than others. Say what you will about Bob Dylan, he might not be able to carry a tune in a bucket but he sure can write the words. The lyrics of John Lennon can move me to tears but mostly I’m one of those annoying people that pays more attention to the music and the guitar solo than the lyrics of a song. At least, that’s the first thing I hear. Eventually, I’ll figure out the lyrics of the songs I like the most. Or not. After 30+ years of hearing the lyrics to the Eagles’ Hotel California, I’m still not sure what they were smoking when they wrote it!
I will leave you with a poem that I do quite like.  It rhymes and everything.
When You Are Old – William Butler Yeats
When you are old and grey and full of sleep,
And nodding by the fire, take down this book,
And slowly read, and dream of the soft look
Your eyes had once, and of their shadows deep;
How many loved your moments of glad grace,
And loved your beauty with love false or true,
But one man loved the pilgrim soul in you,
And loved the sorrows of your changing face;
And bending down beside the glowing bars,
Murmur, a little sadly, how Love fled
And paced upon the mountains overhead
And hid his face amid a crowd of stars.